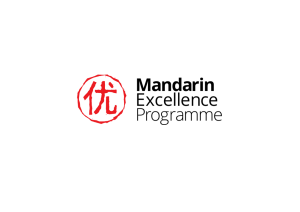 An exciting new Mandarin Excellence Programme is being launched at Cowley International College, which will see Year 7 students begin their journey towards fluency in Mandarin Chinese.

From September 2017, 25 Year 7 students will study Mandarin Chinese at Cowley with the goal to gain a GCSE and A-Level in the subject. The course will involve four hours of Mandarin per week and includes an educational visit to China at the end of Year 8.

This new intensive language programme is supported by the UCL Institute of Education in partnership with the British Council.

Mandarin Chinese is the most widely spoken language in the world. For trade and business to boom, the removal of language and communication barriers is essential.  The teaching of Mandarin Chinese for the UK’s future workforce could provide the quintessential factor for growth in the ever-competitive global marketplace. From 2004 to 2011, the value of UK exports to China quadrupled to £12.5bn and the market shows no sign of slowing down

Mr Sheeran, Principal at Cowley International College said: “Mandarin Chinese is one of the frontrunners when it comes to languages that the future workforce in our Global market should have a good grasp of.

“We have taught Mandarin Chinese to our Sixth Form students since 2010 as part of enrichment and we have had impressive feedback from Universities and employers about this qualification. To be able to teach this incredible language and to offer an insight into the rich culture of China offers our Year 7 students the chance to become true global citizens.”